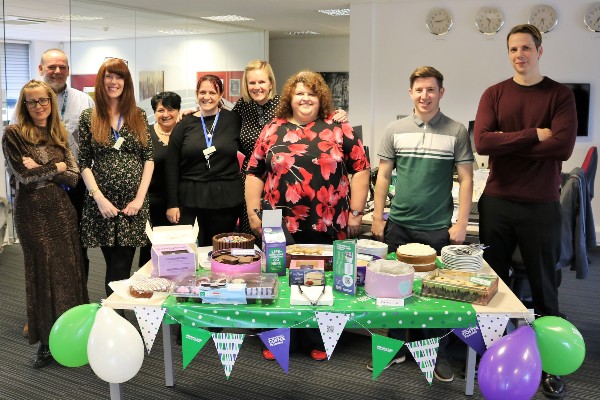 A grand total of £350 was raised at a Macmillan cake sale at Lakeside's Central Team office in Corby. Many colleagues created delicious cakes which were thoroughly enjoyed with donations going to the charity.

£175 was raised through donations, a sum which was very generously matched by Lakeside itself. The event was organised by PCN Operations Delivery Officer Jay Willett who rallied support and generally created a party atmosphere with banners and balloons.

With goodies including mince pies, Victoria sponge, chocolate brownies and Kit Kat cake there was plenty of culinary talent on show. The coveted title of Star Baker went to Chief Finance Officer Janita Mackin for her delicious carrot cake. Thank you to everyone, both within Lakeside plus friends and family, who supported this very worthy (and tasty) fundraising event.